Anish Kapoor at the Royal Academy 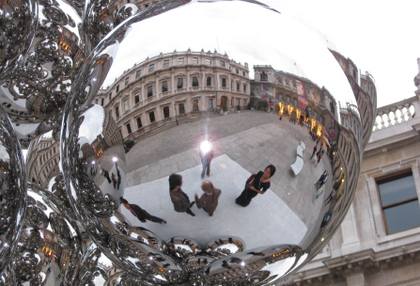 Aerotrope attend the opening of Anish Kapoor's major show at the Royal Academy in London. We were excited to see three of our projects assembled in one place- a first! Those works engineered by Aerotrope created a real buzz in the audience and in the media- most notably "Shooting into a Corner" ('grease gun') and "Svayambh" ('grease train'), as well as the brand new rusted steel sculpture called "Hive". We are immensely proud to have contributed to this major British art event.